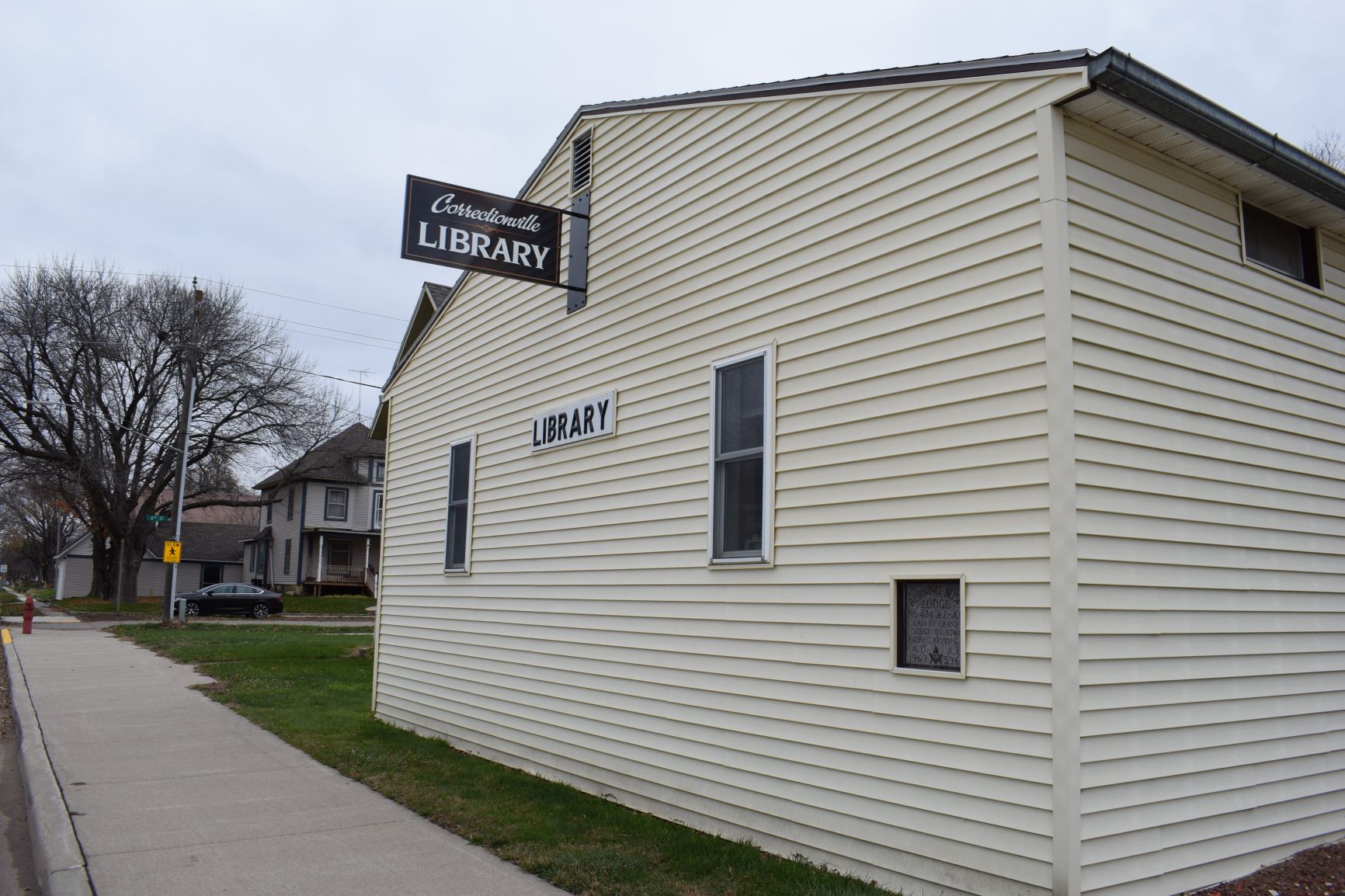 A tentative meeting of 25 persons was held at the Correctionville High School on September 28, 1899, to discuss a library for Correctionville. This meeting resulted in the organization of the...

The Correctionville Public Library board and staff would like to thank the State Historical Society of Iowa...

The Correctionville Public Library board and staff would like to thank the State Historical Society of Iowa...

To access the digital archives, click on the Community History Archive Link on the library website – www.correctonville.lib.ia.us.  We have local newspapers available for searching from 1882 – 2000. The newspapers include the Sioux Valley News, Correctionville Argus and Correctionville News.

The first library was started in the office of the high school superintendent, T. B. Morris, who acted as librarian to serve the public two days a week. Books had been donated and some had been bought with $78 collected for paid memberships of one dollar each.

When a constitution and by-laws were adopted, the public eagerly responded and was shown by the first librarian report from the library’s opening November 11, 1899, to January 8, 1900, that 409 books had been received and had a circulation of 1,184.

Because the library had become very popular, it became necessary to move it to the O. D. Castle Brothers Jewelry where it was housed, free of charge, from 1901 to 1914 when it found a long term home upstairs in the city hall.

During the next 20 years the library grew under the direction of Mrs. Woodruff who acted as librarian until her death in 1940.
On a county ballot in a 1949 election Correctionville was voted into a county library system with a county millage levy. In the 1952 election in November the town of Correctionville overwhelmingly voted its approval - 351 to 82 – to be eliminated from the county system.

In May 1955 the library moved to a new location in the Community Center.

In 1960 the library, through the town council, received a beautification memorial. The Correctionville Library was moved out of the Community Center into its present location at 532 Driftwood, the old Masonic Lodge building. Since then many changes have taken place to update and modernize the facility.

Today the Correctionville library is a vital part of the community, offering free Wi-Fi along with four public computers and a printer. Our patrons enjoy a collection of almost 14,000 books, audio books and DVDs to choose from. We also provide a book club, public meeting room, summer reading programs, workshops, Bridges e-books/audiobooks, Inter-library Loan services, movie showings, research databases and our local newspapers digitized for computer viewing. We’ve come a long way from our humble beginnings in the office of the local high school to the building we work from today. Stop by and visit with us, we’re now open 5 days a week.